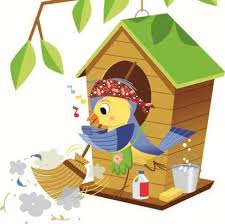 The biggest, and sneakiest, impediment to success is lack of organization. Saving money is no exception. Trust me, saving money requires an actual system because it can get hairy out there!

Last time I talked about my financial awakening, so to speak. I’d come to realize that the CD that held $20,000 in my bank was not earning a decent amount of money ( at .25% it was almost laughable. Imagine making a quarter for every $100 at year end!) and I decided to take it out of that account and temporarily put it into my checking account.

The part I failed to mention was that the moment I got into my car and left the bank parking lot I started to worry.

It didn’t help that while I was in the bank, another teller had casually sidled up and asked what I was planning to do with the money. Was I going to buy a car or something big? Later I realized she was probably going to offer me a loan—good thinking on her part! But, when I told her I was putting it in the stock market, she completely balked. She looked at me with an expression of poor horror, as if I was making the mistake of my life, and without hesitation said that the bank was FDIC insured, while the stock market was not.

Nevertheless, I was pretty confident with my decision. After all, I’d been reading about investing and finances pretty religiously for over a year. I knew one thing for a fact: wealthy people did not have large chunks of money in abysmally low savings accounts.

But, as I was driving off, seeds of doubt took hold. I had a vague notion of how I was going to handle my savings, but I wasn’t exactly sure what the ”details” were. I have a savings account in an online bank that currently offers 2% (Synchrony Bank)—but I’d had one unsuccessful attempt at transferring money between accounts and so I didn’t feel that my skills were too sharp. Navigating that amount online just seemed unwieldy and frankly, scary.

I was so anxious that my agitation made me almost catatonic. It’s a wonder that I was able to drive home! I started to think that my hazy plans were totally stupid and that I’d slowly and ignorantly fritter away my only savings!

Basically, I was totally messing with my own head.

Or was I? The thing is, unless you have a clear outline and plan to increase your savings, you are less likely to actually save. I knew one thing about myself: I had to separate the money that I used for items such as groceries and gas from my emergency fund. If I didn’t separate the money I would have no real incentive to add to my savings.

Over the years I have had numerous monthly expenses, from cable at $60.00 per month to gymnastics for my kids at nearly $300.00 per month. When the time came to reassess those activities, I always thought that I should save that money—after all, we had been paying that to someone for months, even years, and never been late or unable to pay. But, somehow, despite the best of intentions, I’ve never been able to pay myself.

I vowed this time would be different. This time, I would actually follow through. What worked in my favor was that large amount from the CD. That provided the impetus to actually make a ‘move.’

My next move, learning how to transfer funds between accounts would prove to be of key importance in helping me stick to my guns and build up my savings.